The Bible Book of Genesis – Geology, Archaeology, and Theology – Part 10

The Chronology and Timelines of the Cataclysmic Deluge

Putting the dates given in the Genesis account of the Cataclysmic Deluge from Genesis 7:1 to Genesis 8:22 into a table we find evidence pointing to the understanding that the world before and during the flood ran on a 360-day calendar, rather than a lunar calendar of 354 days or solar calendar of 365.25 days. The key scriptures are:

Back in part 1 of this series, in the Introduction, we discussed “Uniformitarianism” under the heading Geology – Does it Matter? As a reminder, what is uniformitarianism?

“Uniformitarianism, also known as the Doctrine of Uniformity or the Uniformitarian Principle[1], is the assumption that the same natural laws and processes that operate in our present-day scientific observations have always operated in the universe in the past and apply everywhere in the universe.”[1](bold ours)

Most scientists would take this uniformitarian view with regard to the length of a solar year and a lunar month, and hence any calendar years used. They interpret any ancient texts that state lengths of a year that do not match today’s status quo, to be as the result of ignorance, or inaccuracy of measurements. They are not prepared to accept that the length of the year may have been different in antiquity. They also tend to base all their calculations of historical dating on the existing solar year and lunar month cycle. This includes attempting to obtain dates and years from astronomical sightings mentioned in cuneiform tablets, such as the date of eclipses (both solar and lunar) or conjunctions of planets like the recent December 30th, 2020, conjunction of Saturn and Jupiter.

However, how certain can they be that the year length has never been different from what it is today? Or, rather, is there any evidence of a different or varying solar year length in ancient records that cannot be ignored?

Evidence in favor of an ancient 360-day Solar year

If it has been the case that there was a 360-day solar year in ancient times we would expect to find traces in the Sumerian Civilization, followed by the Egyptian Civilization as the earliest civilizations spreading out from the Ararat mountains where the Ark came to rest. Other ancient civilizations such as India, the Mayan, Aztec, and Inca empires in the Americas, and China would also hopefully have traces of a different length of the solar year. What do we find? 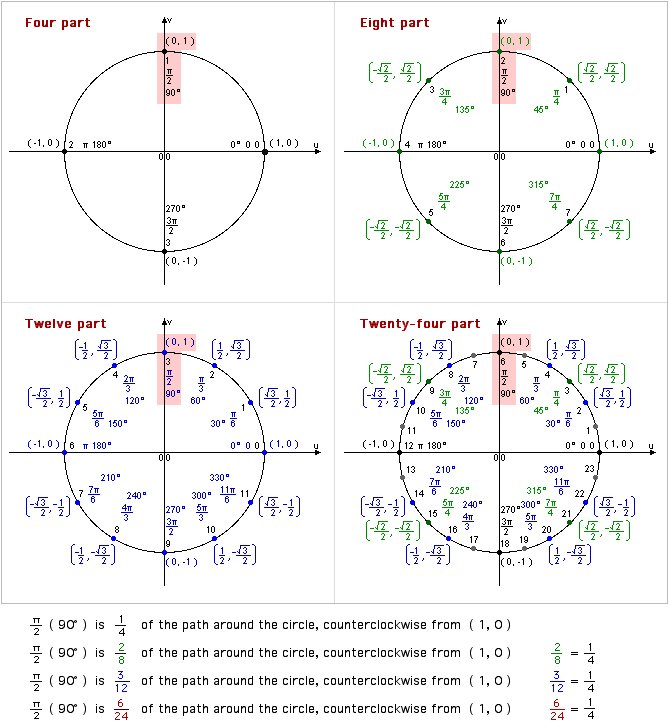 In Sumerian records, we find clear evidence of an unusual base for their mathematics, base 60, as opposed to our common base 10 (decimal).

According to Robert K. Englund, Ph.D., UCLA prof. of Assyriology & Sumerology, in his article entitled Administrative Timekeeping in Ancient Mesopotamia, in the Journal of the Economic and Social History of the Orient, 1988, pp. 121-122:

“The sexagesimal system of counting… is attested in periods much earlier than any secure attestation of the Sumerian language, namely in the periods Uruk IV-III [~3200 B.C.], and possibly in some token assemblages from clay envelopes unearthed in levels of proto-elamite Susa corresponding to Uruk V [~3400 B.C.]. … A mixture of this sexagesimal system with a heritage of natural cycles [the lunar and solar orbits] resulted in the 3rd millennium time divisions attested by administrative documents. … The resulting system… which without question complemented throughout the 3rd millennium natural, lunistellar divisions, is attested in its basic form of a twelve-month, 360-day year in the archaic documents from the end of the 4th millennium [B.C.].” [2] (Sexagesimal is base 60).

The Babylonians continued the Sumerian use of base 60 and other divisors of 360.

“The Babylonians divided the day into 24 hours, each hour into 60 minutes, each minute into 60 seconds. This form of counting has survived for 4000 years.” [3]

In Sumeria, and in Babylon, base 60 was also used in money. 60 shekels = 1 mina and 60 minas = 1 talent. The Greeks later adopted this ratio of 60 minas to 1 talent. It was also found in ancient Israel.

In Ancient Israel we find similar themes of these divisors of 360 appearing very commonly.

In Ancient Israel around the time of the deportation to Babylon, in Ezekiel 45:12 we are told that “20 shekels, 25 shekels and 15 shekels [a total of 60 shekels] should prove to be the ma’neh [or mina] for you.”.

Daniel 6:7,12 refers to the decree Darius the Mede was tricked into signing. The decree was that no one could make a petition to any God or man except the King, which was to last for a period of 30 days. Likewise, Esther was concerned as the King (Ahasuerus) had not called her in for 30 days (Esther 4:11). While earlier in the 3rd year of the reign of King Ahasuerus, he had a banquet for 180 days (Esther 1:4) which equates to 6 * 30-day months.

The Ebers Papyrus is a fascinating document for many reasons, but the relevant one to this discussion is the calendar it contains. It dates from the reign of Amenophis I of the 18th Dynasty who reigned c.1087-1058 BCE[15] contemporary with Samson as Judge of Israel. While the whole subject of the Egyptian Calendar system is hotly disputed by many scholars, there are many who believe on the basis of this papyrus and others, and including ceiling paintings in tombs and temples of calendars, that at one time the Egyptian civil calendar was 360 days. Later, the civil calendar had up to 5 days, known as “epagomenal”, added to the calendar, sometime after the reign of Ramesses II c.943-877 BCE. [16]

The addition of the “five days” is not found in documents until the 7th century BCE. There is also mention in the Canopus Decree, of how the additional days came about. The Canopus Decree is a trilingual document dating to some 40 years before the Rosetta stone, dated to about 238 BCE, stated that “if the arrangement of the year remained of 360 days plus the five days later brought into usage (be it resolved) for a one-day feast of the Benefactor Gods to be added every four years to the five additional days before the new year,”” in order that all may know that the former defect in the arrangement of the seasons and the year and in the beliefs about the whole ordering of the heavens has come to be corrected and made good by the Benefactor Gods. …”[17] This indicated that the original calendar of 360 days had now to be adjusted because of changes that they did not fully understand but realized had taken place.

It is very noteworthy that the texts of the Veda period know a year of only 360 days. Note these quotations:

The Mayan year consisted of 360 days to which 5 days was later added. They divided the months into 30 days, calling it a “moon” despite knowing that the synodical moon period was 29.5209 days which was more accurate than the Gregorian calendar which was introduced to Europe 90 years after the discovery of the Mayan culture. While they had a 365-day year consisting of 18 months of 20 days plus 5 nameless days, any historical reckoning was made by “tuns” which were 360 days and multiples of 20 tuns.[21] Again this would indicate an ancient way of reckoning in 360-day years, which was later overlaid with a practical 365-day year for practical reasons probably because of change over time in the length of the year. According to Nasa Science by 650BCE Mayan astronomers were able to make detailed observations of Venus, leading to a highly accurate calendar. They like other ancient cultures were neither ignorant nor inaccurate.[22]

In the Inca culture “The Peruvian year was divided into twelve Quilla, or moons of thirty days. Five days were added at the end, called Allcacanquis. Thereafter, a day was added every four years to keep the calendar correct.” “[23]

Other Ancient Cultures and Civilisations

Please note for those interested in this subject there is also evidence that the ancient Romans around the time of the founding of Rome used a 360-day year calendar. In addition, we find the same evidence among the Assyrians, Persians, Ancient Greeks, Ancient Chinese, Ancient Armenians, and Aztecs to name a few, many with evidence of a time in antiquity when a change was required. [24]

Usage of 360 and its divisors since Biblical times

Usage of 360 and the numbers it is divisible by, is engrained in both ancient and modern ways of calculating time, but also weight, dry capacity, units of area, length, liquid capacity.

Consider time: 24 hours in a day, 12 months in a year, 4 seasons, 60 minutes in 1 hour, 60 seconds in 1 minute. Time is also related to distance with the globe of the world divided into 24 time zones of 15 degrees latitude each, with the world map divided into a total of 360 degrees of latitude. 1 degree equals 60 minutes of arc, 1 minute of arc = 1 nautical mile.

In the United Kingdom:

Also, a dozen (or 12) is common for the sale of eggs, and other items.

Conclusion: Time and again, diverse cultures from around the whole world are found to have had 360-day year calendars, later adapted to 365 days. It would therefore be a reasonable conclusion that for some considerable time during mankind’s history, the year was 12 months of 30 days totaling 360 days and at some point in history, had serious disturbance of the length of the solar year and lunar month, (perhaps in the 8th-7th centuries BCE), which settled down to what we have today.

This site uses Akismet to reduce spam. Learn how your comment data is processed.

The Bible Book of Genesis – Geology, Archaeology, and Theology - Part 9

We use cookies on our website to give you the most relevant experience by remembering your preferences and repeat visits. By clicking “Accept”, you consent to the use of ALL the cookies.
.
Cookie SettingsAccept
Manage consent

This website uses cookies to improve your experience while you navigate through the website. Out of these, the cookies that are categorized as necessary are stored on your browser as they are essential for the working of basic functionalities of the website. We also use third-party cookies that help us analyze and understand how you use this website. These cookies will be stored in your browser only with your consent. You also have the option to opt-out of these cookies. But opting out of some of these cookies may affect your browsing experience. What little of your data is used will never be sold to a third party.
Necessary Always Enabled
Necessary cookies are absolutely essential for the website to function properly. These cookies ensure basic functionalities and security features of the website, anonymously.
Functional
Functional cookies help to perform certain functionalities like sharing the content of the website on social media platforms, collect feedbacks, and other third-party features.
Performance
Performance cookies are used to understand and analyze the key performance indexes of the website which helps in delivering a better user experience for the visitors.
Analytics
Analytical cookies are used to understand how visitors interact with the website. These cookies help provide information on metrics the number of visitors, bounce rate, traffic source, etc.
Advertisement
Advertisement cookies are used to provide visitors with relevant ads and marketing campaigns. These cookies track visitors across websites and collect information to provide customized ads. This Website is not Advertisement enabled and therefore no advertisement cookies are used by it.
Others
Other uncategorized cookies are those that are being analyzed and have not been classified into a category as yet.
SAVE & ACCEPT
Powered by